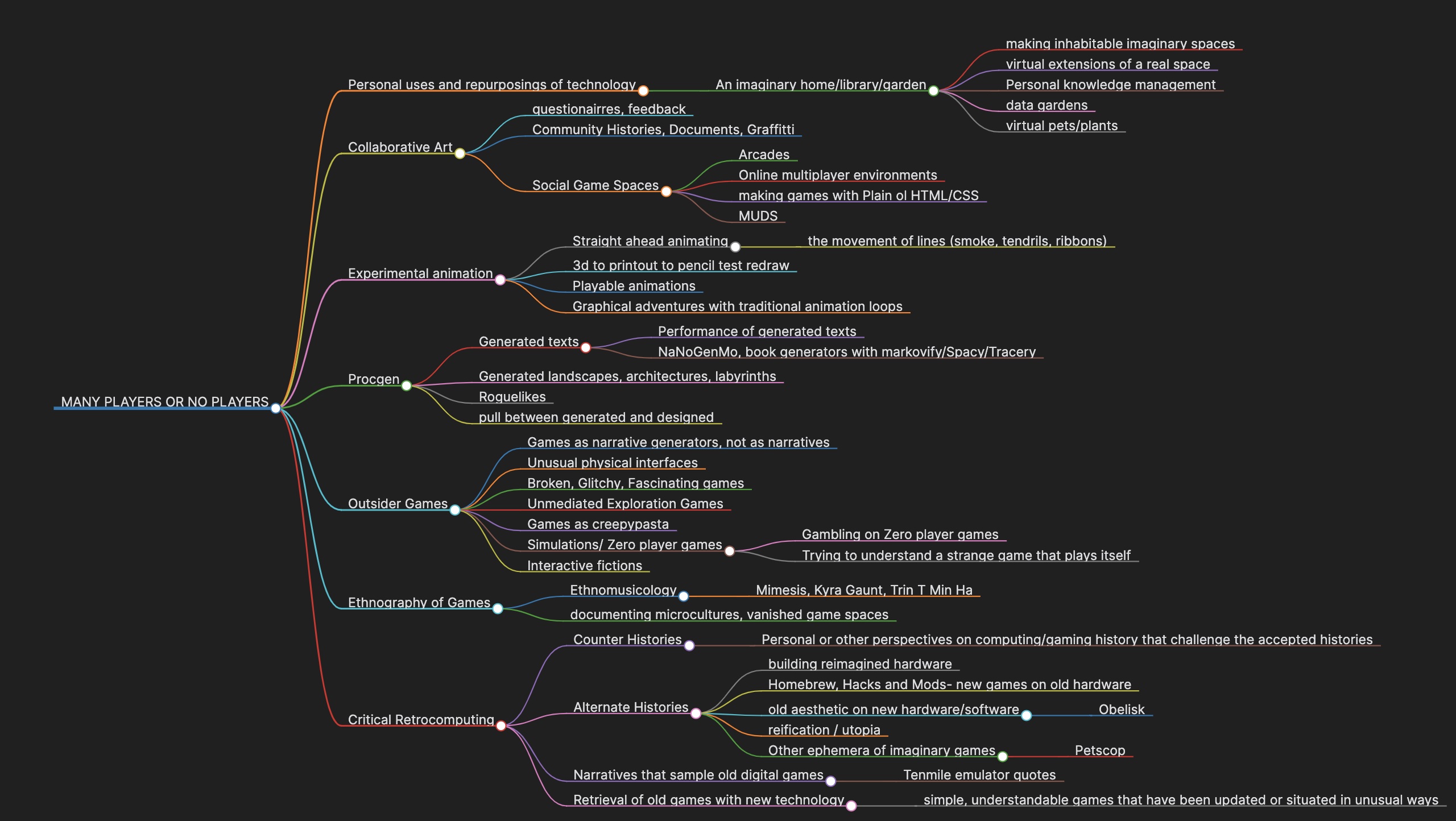 I’m an artist studying spaces of play using hypertext, animation, code, custom hardware, and live projection. I create situated games, which are physical and digital spaces that are connected to their communities through specific practices and social actions. By creating situated games, I hope to relinquish control and distribute ownership, which leads to delightful and surprising experiences as a result of emergent complexity and community creativity.

When I was young, my mother enrolled me in community computer art classes for children. Home computers at that time were rare, and the classes were my first exposure to them. Using the educational programming language Logo, our class created complex, spirograph-like patterns with simple instructions, and I was transfixed. This contrasted sharply with my experience as an adult working in tech-support phone banks and as an interface designer for large companies, which allowed me to closely watch the techno-utopian ideals of the early internet give way to the ugly reality of surveillance capitalism. Instead of inspiring wonder, technology was being used as a barrier to access for people like my dyslexic mother, who I have watched struggle to use basic online services. For many people, the hostile architecture of software that surrounds us isn’t just an inconvenience, it’s a sword of Damocles that can mean the difference between life and death.

In an effort to recapture the wonder towards technology I felt as a child and deconstruct the notion of software as a barrier, I’ve been learning to build my own software as a place to interact with others and to hide memories, in the tradition of videogame Easter eggs. Since entering a period of isolation in response to the COVID-19 pandemic, I have been reconsidering what can be done with simple HTML and animation to create game-like experiences with a sense of place. I rethought an idea for a turn-based Unity game I had been working on as a series of interconnected web pages with varying content which act as “rooms.” The game will be situated online, with a built-in persistent history of the play that occurs in it. This is my reaction to feelings of isolation and a tendency in our culture to treat games as ephemeral and disposable– creating a sense of place online that I cannot currently create physically. I hope that the experience of playing this game echoes my experience of computers before I had a real conception of how they worked.

The kinds of experiments that I execute may radically change as I acquire new skills, but my intent is always to interrogate nostalgic and modern conceptions of technology and to use what I learn to create healthier game spaces. Right now, creating a game with distributed ownership during a period of immense isolation is my attempt to re-engage with the world in a positive way.