This is the first (official) day of work on Obelisk. I had a previous project running where I experimented with point rendering and turning off anti aliasing, but it was a universal pipeline project and this time I am just working with a 2d only project. I’m going to switch the repo over to this new instance. Remember that even in a 2d unity project you need to set your camera to orthographic!

I’ve created an isometric z-as-y tilemap using the settings outlined in this video- which shows you how to calculate the transparency sort axis and a couple of other things. This type of tilemap lets you change the z position (there’s a little field for it hidden at the bottom of the tile palette) to make a tile paint ‘higher’ on the field, allowing stacking. If you’re stacking tiles this way like me, be sure to calculate the correct z transparency sort axis using the formula in the tutorial here at 11:22.

After getting my basic tilemap working I switched gears to get some tiles to work with and made a block and a capstone tile by rendering a couple of primitive shapes in c4d with an isometric camera to get the perspective right, exporting them with alpha, trimming and resizing them, and 1-bit dithering them. This was probably a ridiculous thing to do when the result could have just been drawn with a pencil in photoshop in about the same time, but it seemed like a valuable experiment in case I make any other art for the game in 3D.

I can already tell that while my stacking is working, I need to really adjust the artwork for my blocks. The vertical ‘gaps’ between the stacked blocks feels weird, and the stacks certainly don’t read as ominous in any way. I think I need to make my capstones much spikier and unique feeling. I thought about putting a single eye on them but that might be a little on the nose, some sort of energy eminating from them as an animation or something might work. 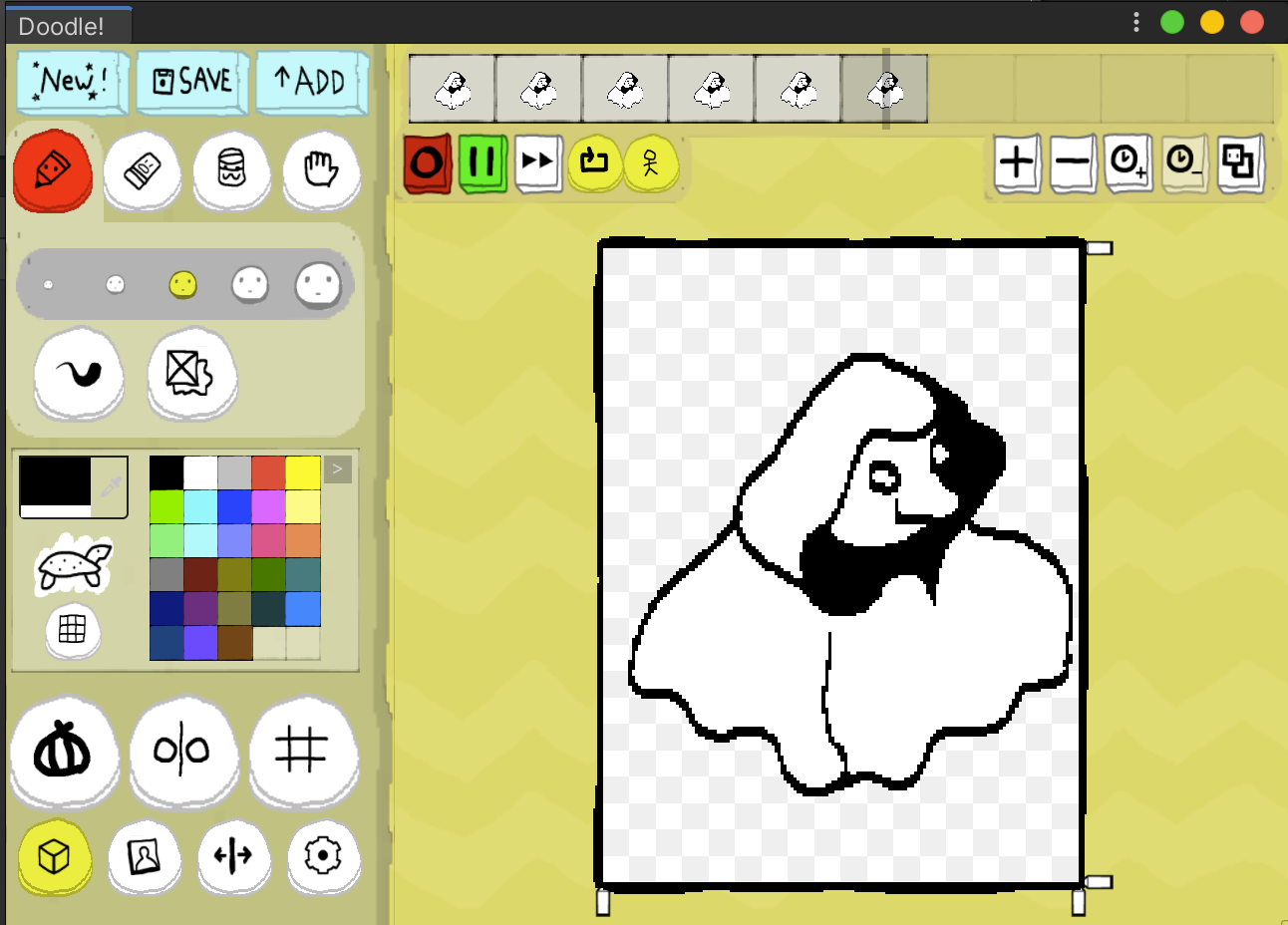 I also started a new sprite in doodle studio 95 (a super lightweight in-editor animation tool reminicent of Mario Paint), the one from my previous experiment was more sybolic and didn’t share world perspective so I made a new one that has some perspective and will have 4 versions for walking in different directions. I like doodle studio because it’s quick, it’s limitations keep me from going down an animation rabbit hole, and it has a quick setting to turn off anti aliasing on sprites and ui elements that you draw with it.

Since writing up my proposal page the game has changed and solidified a lot in my mind. The player cannot create a new obelisk because capstones cannot be moved by the player. The player can only add and remove regular stones from obelisks and from the map. Because the player accrues debt from multiple obelisks, they can get into situations where they have to borrow from one obelisk to repay another obelisk in order to pass through territories. If this then becomes not a timed game of stacking blocks, but an exploration game where areas are locked by your economic access, this makes much more conceptual sense. I just need to think out and prototype how debt and defaulting on debt works, and try to find ways to make the mechanic fit my concept. The normal order of things should be that you are saddled with immense debt that you have to juggle around to proceed and that debt should also somehow constitute a sort of belonging, i.e. you don’t pay off your whole debt to an obelisk to walk through their territory, maybe just one stone of it. If you pay off your whole debt to the obelisk you are excluded too. Maybe there’s a contract that you have to sign when you first enter a territory that says you owe 200 stones or something ridiculous and at intervals a window pops open saying that it’s time for your regular payment.

Ended the day by adding click to move based on the new unity input system as laid out here. Wow, this is a lot easier than the system I had to make for Thicket. We’re even able to add a tilemap collider component and it automatically won’t walk off the map!