Grotto has some somewhat unique challenges to its success as an actual game because it uses an atomic maze structure where exits are blind guesses about what is inside adjoining rooms. This mode is inherited from interactive fiction, Hunt the Wumpus, MUDS, etc– games that either had puzzles within the rooms themselves, or relied on constructing a mental model of the maze based on guesses (each one potentially fatal, in the case of Wumpus). I’ve had critiques about whether the game is intelligible and whether there is any player enticement to play. I’ve kind of sidestepped these critiques by saying that the real game mechanics haven’t been implemented yet, and that they would be the sugar that activates the content I am spreading through the maze in room and item descriptions. This suggests that I have some kind of plan for game mechanics though, and all my game design ideas gravitate towards roguelike mechanics, which may not be a good fit here. A roguelike structure where a visual map is slowly completed by exploring would probably require a substantial amount of retooling.

I have been experimenting with a map-like view using the tile-painting program used to make icons in Mud Room, but the possibility of a very large amount of items, exits and characters in a single room results in a wumpus-style map that might not be able to be represented on a grid. It means that multiple rooms are best visually represented as nodes, and not as boxes with item icons in them. Just the current room could be represented as a big box if we aren’t dealing with room connections, but how useful then is a top down representation of a single room? If there is some internal room movement added for characters, it might serve some purpose, but that is a whole new can of worms.

This is really a quandry for me. I feel like there needs to be some visual element added to help players connect with the game, but I keep questioning what a useful, buildable, and aesthetically-unified way of adding map or room visuals looks like. There’s also the old graphical-adventure model– a perspective drawing of each room that would accompany text, with images of items and characters overlaid on it, but this works in tightly authored games with a small number of rooms and a limited number of characters and items in each room. Grotto can potentially have a very large number of rooms (I don’t want to draw 600 pictures of dungeons, and reusing and recoloring the same image would be really conspicuously boring).

Nobody has offered any suggestions and it’s up to me to save myself from my own design. Paul made a node-based mapping experiment but so far no one I have showed it to found it appealing. Is there a way to make that map view readable and usable as a permanent part of the game interface? Is there some zoomed version of it that only shows the current room and maybe the connecting rooms? with darkness, cleanliness, and fog of war visually represented? What about room contents? (As always it’s difficult for me to do green-grass freeform design because I am always haunted by worries about how anything will be actually built) 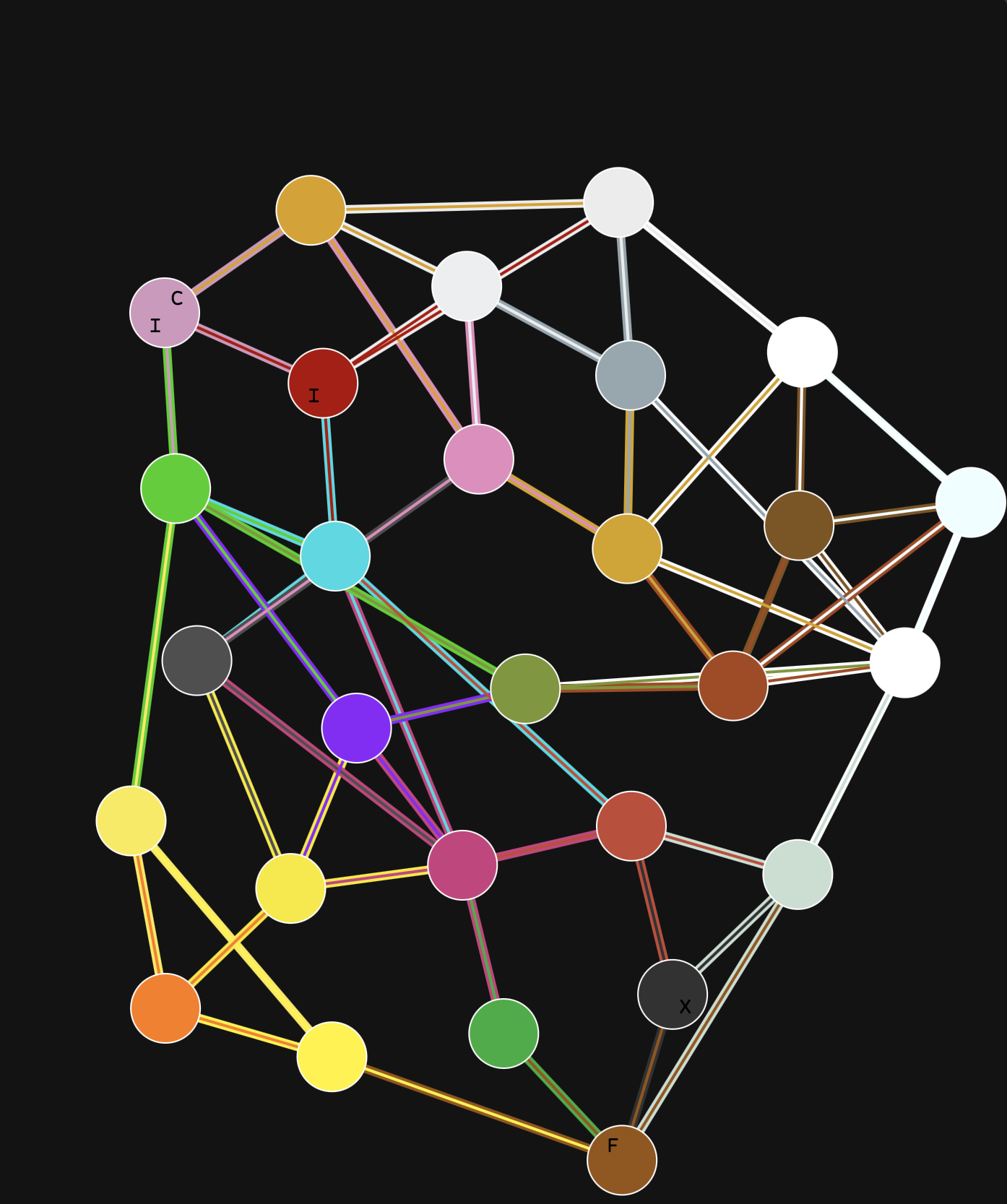 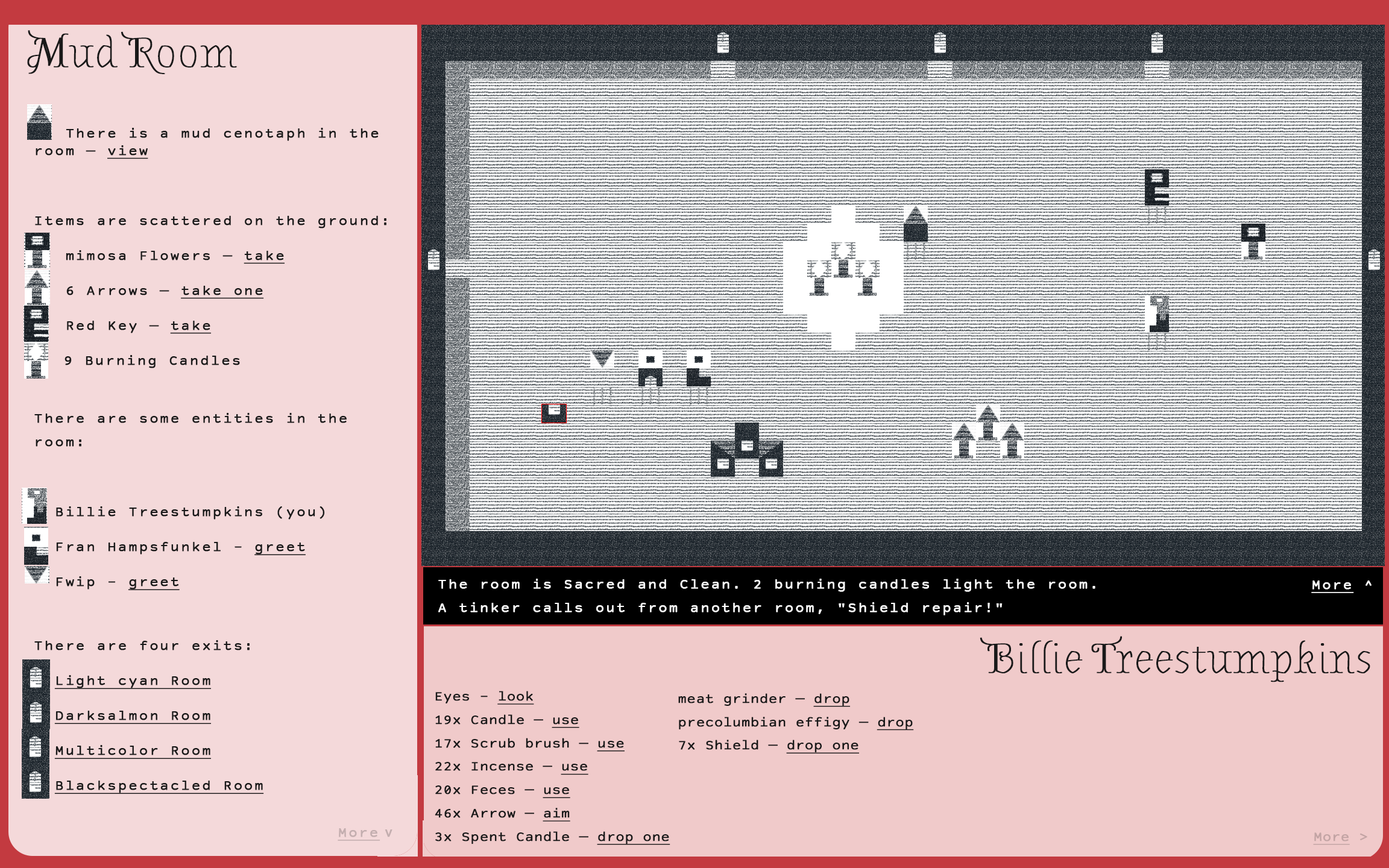