I spent some time today playing with glycon3d animation in cinema4d (I’m relatively new to both). It’s an impressive piece of software that allows a vr headset and your hands or controllers to record mocap animation information and export it as an fbx of a mixamo-like skeleton. I’m still trying to use the animation fbx though. The skeleton it exports uses standard mixamo joint names, so I thought maybe I could use a retarget tag to add the animation information to my existing mixamo-rigged model, like so. but a simple retarget ended up doing this, which looks like a skin glitch. 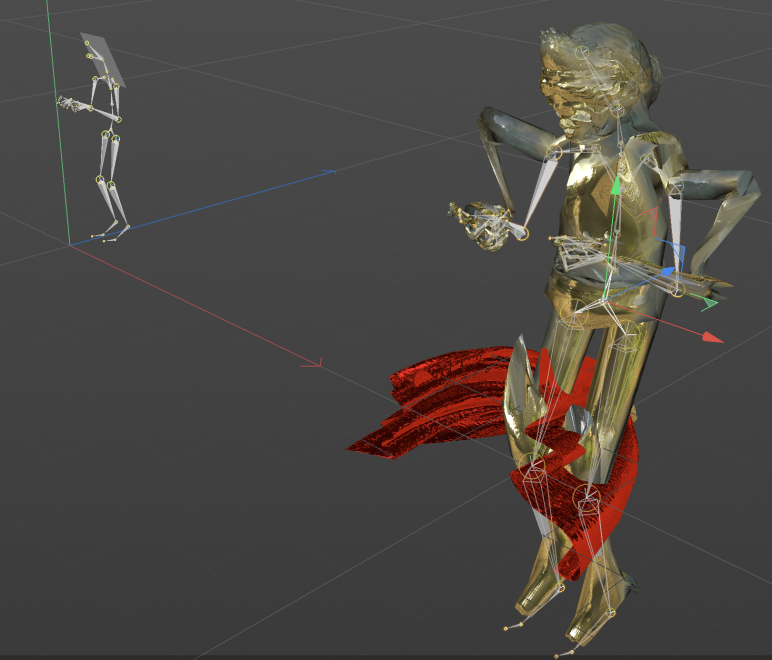 I tried a few different methods, including just binding the glycon animation fbx to my model in the first frame t-pose. The only way that worked was to set the glycon generated skeleton back from the mixamo rigged model and constrain the joints of the former to those of the latter, one-by-one. It’s working now and I’m going to record a new performance today.