I really enjoy the way stuff looks when I draw it with the tile painting program we made, but to actually include it seems like it would be so complicated. Using something pre-made like d3 seems much easier, but visually boring.

I like this tiny representation of the current room and paths out. It doesn’t give a ton on information, but it does create a little feeling of place- 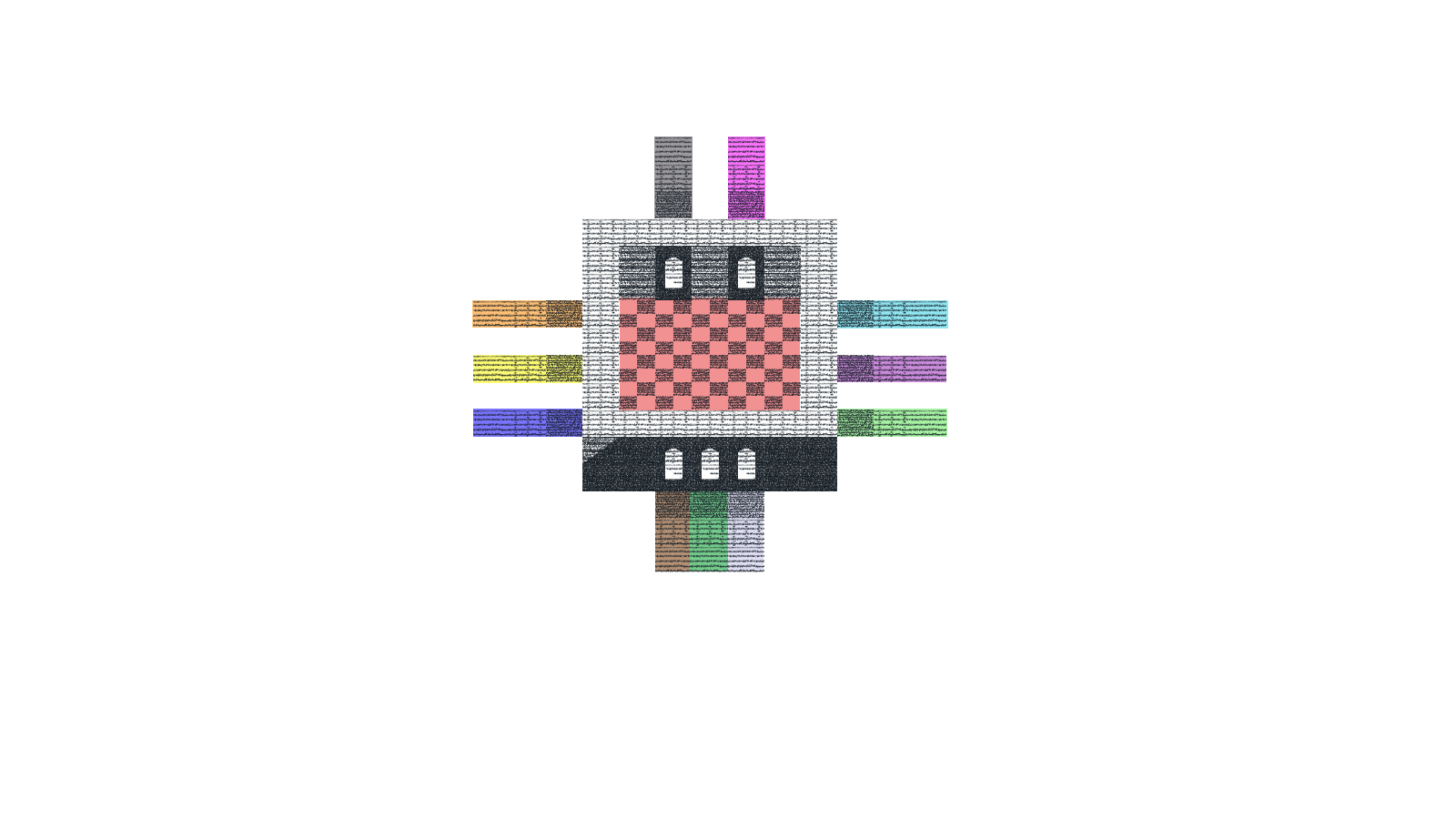 What if you could mouseover potential paths and maybe see a popup of what the character remembers to be in the adjoining room… as another room image? as a list of things in a little inspector? I’d also have to add a color layer that adds colors behind some tiles to look like this.