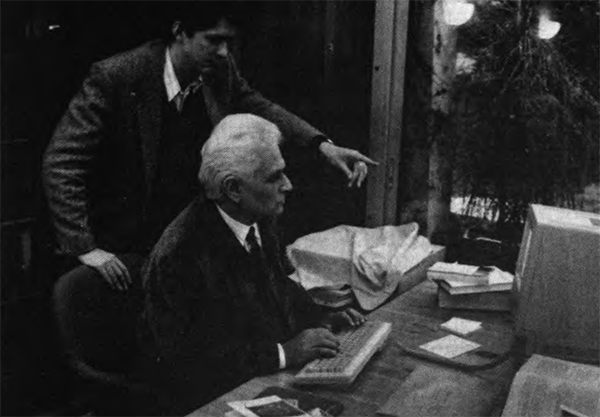 Derrida used a Macintosh Plus, a Macintosh Classic, and a Macintosh LC475. Reports also indicate that he owned an Apple PowerBook, an iMac, and possibly other Apple computers. “Even the computer belonging to the ‘great writer’ or ‘great thinker’ will be fetishized, like Nietzsche’s typewriter,” Derrida noted with some dismay (Paper Machine, 29). Although Derrida must have known that the “great thinker” so named would eventually be himself! And just as he predicted, three of Derrida’s beloved Macintosh computers were posthumously deposited in his literary archive at IMEC (Institut Mémoires de l’édition contemporaine) in Normandy, France. […] “Derrida remained faithful to MacWrite throughout the years he wrote on a computer” (“Le « siliscrit » de Jacques Derrida,” 191, 193)