The Oil is Trying to Disguise Itself as Water

Lessons of Darkness and the First Gulf War

I’m old enough to remember the television coverage of the first Gulf war. Though my mother and I did not have cable, so I only saw the network news version– secondhand re-chewings of what was emerging as a new standard of 24-hour cable news. I remember a general atmosphere of baffled, patriotic rage in America leading up to the conflict. I remember one of my relatives blankly telling me that they had always used the mnemonic "I-ran from Iran" to remember whether Iran or Iraq was the "bad" middle eastern country, but that now they "supposed they were both bad." There was a sudden appearance on college campuses of bootleg-style T-shirts emblazoned with grotesque messages like, "Nuke Iraq." The general public angrily vilified anti-war protestors, whose arguments were supposedly indefensible in the face of overwhelming consensus about Iraqi crimes against humanity. A little girl had testified before congress about Iraqi atrocities in Kuwait, including babies pulled from incubators and tossed on the floor "like firewood" to die (McGrory Mary). The Journal Public Relations Review states that then President George H.W. Bush mentioned these 'incubator atrocities' six times in one month and eight times in 44 days (Mickey, p.278). The testimony seemed instrumental in the push to go to war and went unquestioned at the time. This testimony was manufactured. Public Relations firm Hill & Knowlton received 10.5 million dollars from a puppet group created by wealthy members of the Kuwaiti ruling class to research and execute a propaganda campaign promoting a military intervention. The girl testifying had in fact been the daughter of the Kuwait ambassador to the US. Within a few days Americans went from not knowing where Kuwait was to airing their Vietnam war anxieties, to treating the grotesquely asymmetrical military action as if it were some sort of sporting event. The images of night-vision tracer fire, the parading of military equiment, and scenes of ecological catastrophe as Kuwaiti oil fields burning became part of the daily background noise of the media. No bodies were shown. The entire maneuver was presented as a sort of bloodless exercise where Iraqi soldiers simply surrendered at every opportunity, despite the reality that 100,000 had been killed. The first Gulf war represented the outermost-edge of middle-Americans' artificial senses, like broadcasts from the moon–if the moon was densely populated with strangers, and as an indirect result of our paying taxes they were to be carpet-bombed. Even the media narratives that reassured barely-aware Americans that one population was "evil" were ruefully discarded as soon as they were no longer needed to justify action. Saddam Hussein had been just as much of a human rights abuser when he was a useful ally of US interests as when he became a liability. It was the beginning of a deep feeling of cynicism and alienation towards my surroundings and popular media that marked most of my adolescence and young adulthood.

Werner Herzog's 1992 film Lessons of Darkness recontextualizes documentary footage of oil field fires following the Iraqi invasion of Kuwait with voiceover (from Herzog) placing the images in a science fiction narrative. Monotonously intoning "On a planet in our Solar System…" Herzog alienates the familiar, inducing a sense of jamais vu. It's a distant look at a scene that at that time was still very fresh. The film elicited an outcry from critics at the Berlin Film Festival–

The stylization of the horror in *Lessons of Darkness* means that the images penetrate deeper than the CNN footage ever could, something that bothered audiences in Germany a great deal. When *Lessons of Darkness* was shown at the Berlin Film Festival, with one voice nearly 2,000 people rose up in an angry roar against me. They accused me of 'aestheticizing' the horror and hated the film so much that when I walked down the aisle of the cinema I was spat at. They said the film was dangerously authoritarian, so I decided to be authoritarian at my very best. I stood before them and said, 'Mr Dante did the same in his inferno and Mr Goya did it in his paintings, and Brueghel and Bosch too.' You should have heard the uproar.

Herzog is a champion of blurring of lines between documentary film and fictional narrative, and has given his opinions on the differences between what he calls 'accountants truth and 'ecstatic truth' in almost every interview that he has given (Herzog). I at least agreed that 'objectivity' in the production of images was generally a façade, regardless of the ethics of the producer. Lessons of Darkness attracted me on my first viewings because of how it used reconfigured images from the real world- harnessing their power to create something new and universal out of something specific. The political context of the movie troubled me, however. Also Herzog's passion for the collection of images, "for the memory of mankind (Herzog and Ames, p.104)," also makes me wonder– should images really be stripped of their context for posterity? Is the acquisition of images itself a colonial enterprise? If the basic provocation of the film is that everyone who watches it knows where the images actually came from, and their circumstances have been removed in order to see them in a new light during a time in which they were otherwise fodder for propagandists, should that context remain erased for an imagined future viewer who does not know what we know? Now, over thirty years later, the film found itself as part of an ill-conceived art exhibition at MoMA's PS1 art space in New York that was protested for a number of reasons, including the 'toxic philanthropy' of its board chairperson, war profiteer and owner (through his private equity firm) of Blackwater (Mostafa Heddaya and Sahakian). This framing doesn't help the film's link to future viewers.

Trin T. Minh-Ha's early film Reassemblage uses ethnographic footage of the Senegalese Sereer people in their daily routines and dwellings, shot by the director, but reconfigured- chopped and spliced along with Minh-Ha's personal narration. In this way, a film form previously associated with 'objectivity' decidedly removes itself from that claim. Where Herzog universalizes the specific, Minh-Ha personalizes it.

By not trying to assume a position of authority in relation to the other, you are actually freeing yourself from the endless criteria generated with such an all-knowing claim and its hierarchies in knowledge. While this freedom opens many possibilities in positioning the voice of the film, it is also most demanding in its praxis.

When you decide to speak nearby, rather than speak about, the first thing you need to do is to acknowledge the possible gap between you and those who populate your film: in other words, to leave the space of representation open so that, although you're very close to your subject, you're also committed to not speaking on their behalf, in their place or on top of them. You can only speak nearby, in proximity (whether the other is physically present or absent), which requires that you deliberately suspend meaning, preventing it from merely closing and hence leaving a gap in the formation process. This allows the other person to come in and fill that space as they wish.

Reassemblage, on viewing, reminded me immediately of Chris Marker's Sans Soleil- a collection of seemingly ethnographic and travelogue clips cut expressively and narrated with the contents of personal letters. Marker's famous Photo-roman film La Jetée uses real images of the devastation of war to stand in for a global apocalypse as Herzog did in Lessons of Darkness. In La Jetée the images are of the destruction of World War II. Marker's film engages directly with the ideas of memory and images in a political way (Harbord and Marker 20)– A way in which the individualistic and alienated Herzog does not. La Jettée, while projecting these images into a fantasy setting, still feels like a work specifically about World War II and the collective trauma it had left behind. The images remain connected to what is signified, even if they are mythologized. It's that connection between a lived experience and its indexical image that is in question here. It's a connection that postmodernists like Jean Baudrillard, who wrote extensively about the first Gulf war, tell us no longer exists– images are produced as needed, creating parallel disposable truths. Signs in this new era signify other signs. The callous and calculated use of images for political gain is only an honest acknowledgement of the inherent immorality of images to Baudrillard (Baudrillard). While this posture seems to anticipate much of our current media landscape, I wonder if it doesn't create a sort of moral paralysis that proscribes no actual healthy way of living in the world it heralds, or lacking that, a path towards a world which is desirable or even livable.

Since the moment we relinquished the authority of our naked eyes and immediate senses, we have abstracted the idea of "knowing" in ways that have demanded the proof of "objectivity"- a slippery concept that found a home as an integral part of the Western Imperial Project, as it named and categorized things in its conquest of "reality". The idea of objectivity itself has eroded away at our natural sense of the Real and reified an infinite number of generated realities that cannot be disproven, only selected from in a "marketplace of ideas". Herzog and Minh-ha's films are hybrid works which are not disingenuous about the act of image production, although they represent two very different attitudes about their own responsibility and connection to their subjects. They both invite us to question assertions of objectivity without relinquishing the power and historicity of the image. While I still feel a strong resonance with the images of Lessons of Darkness, I have to question whether or not that resonance comes from that same place of alienation that I felt as a young person living in the American media landscape of the first Gulf war; an urge to isolate the 'real' from propaganda, to find the sublime among the mundane– even with all of the terror that sublimity carries, and to understand events without having access to the context and information needed to meaningfully do so. It's Minh-ha's method of acknowledging not-knowing, of speaking beside her subject, and Marker's purposefulness and awareness of context that feel like a way forward for me now- both as an image producer and as a human who lives in a world built from images. 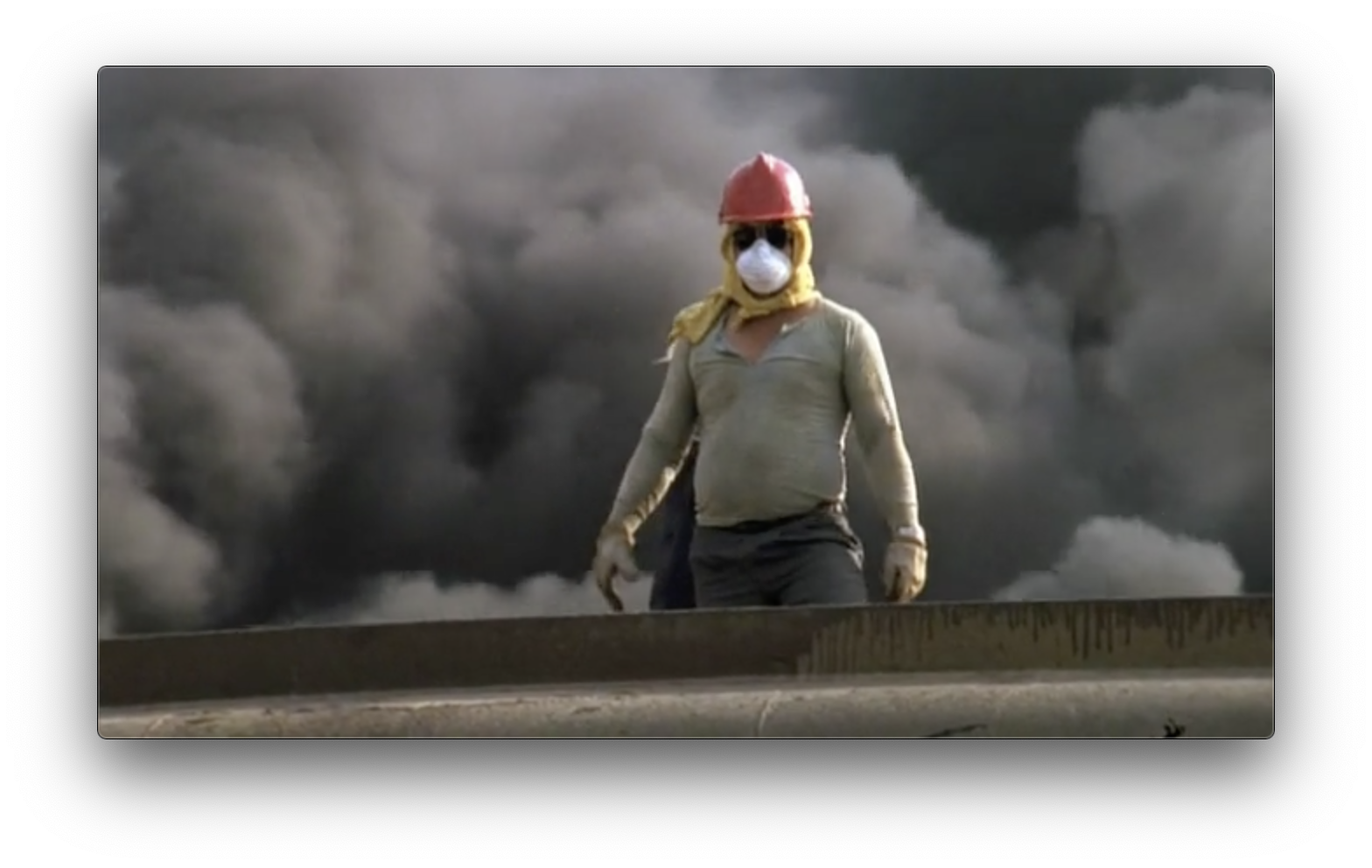 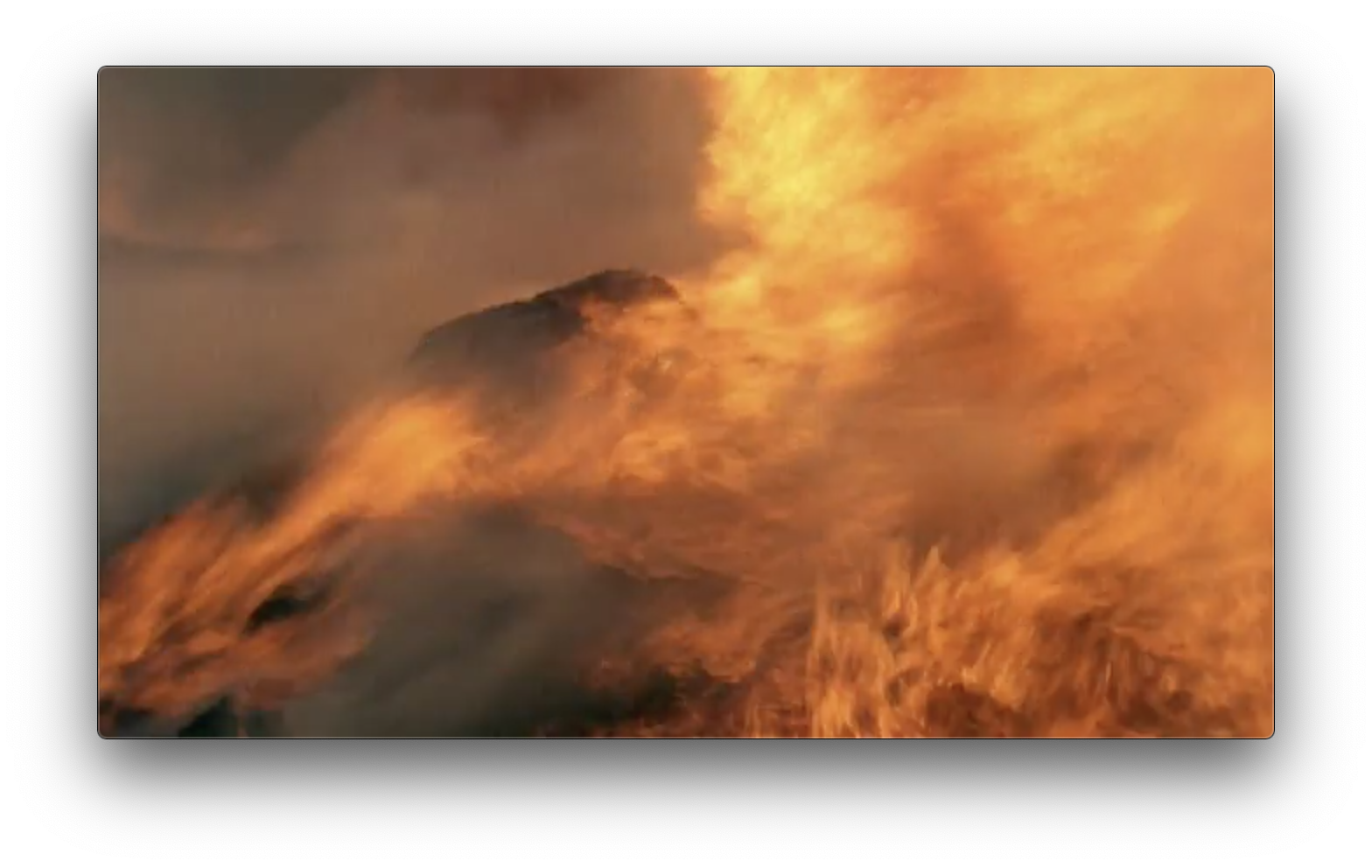 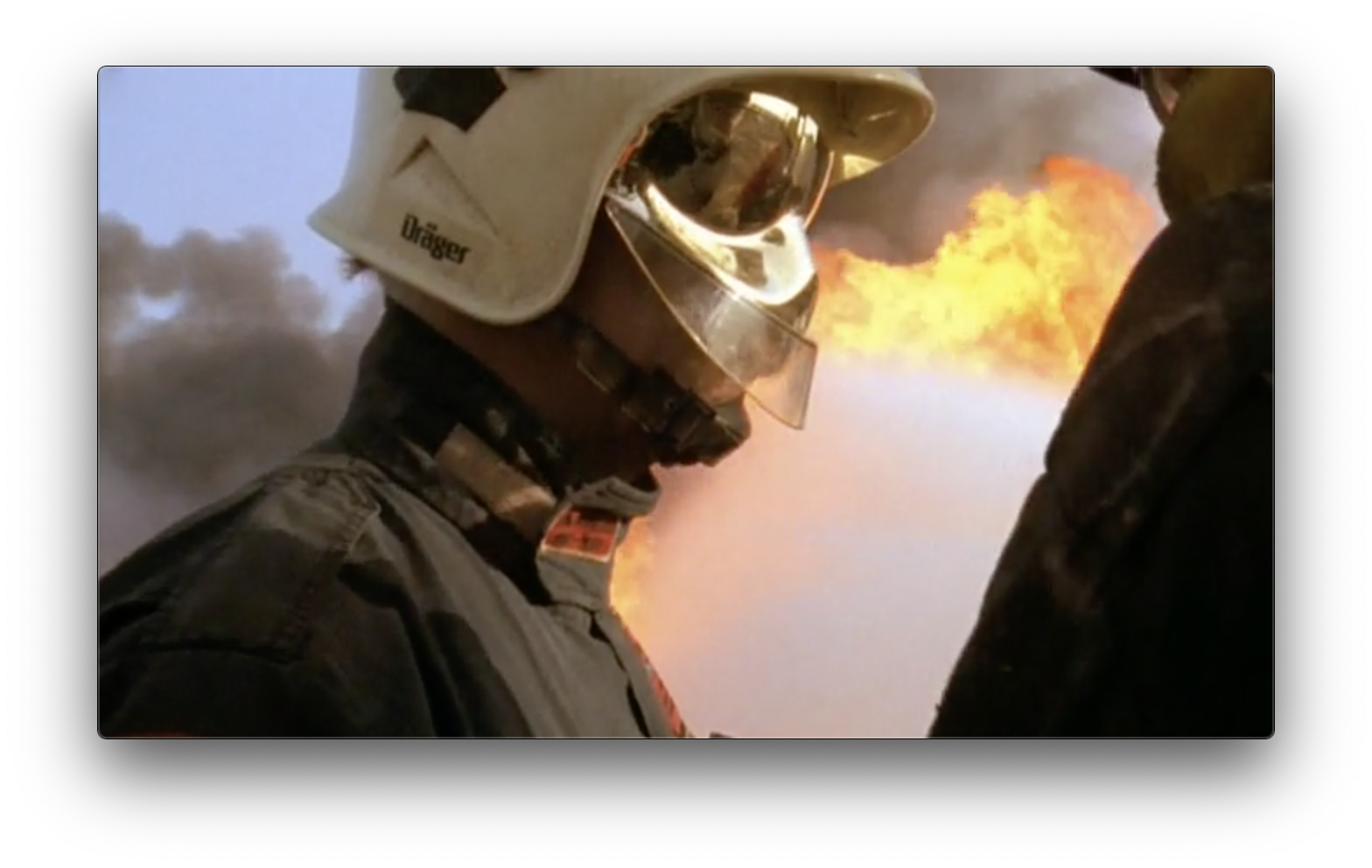 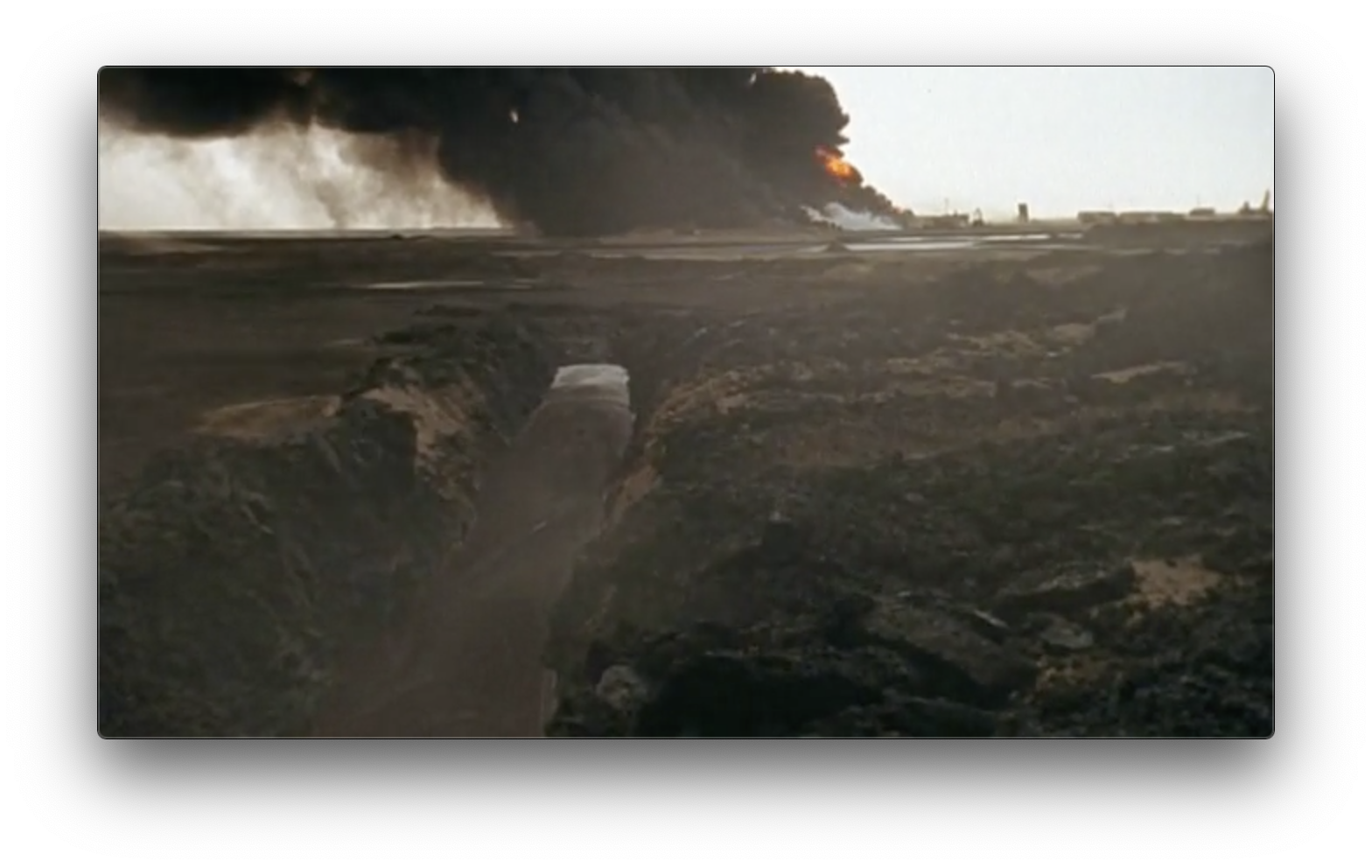 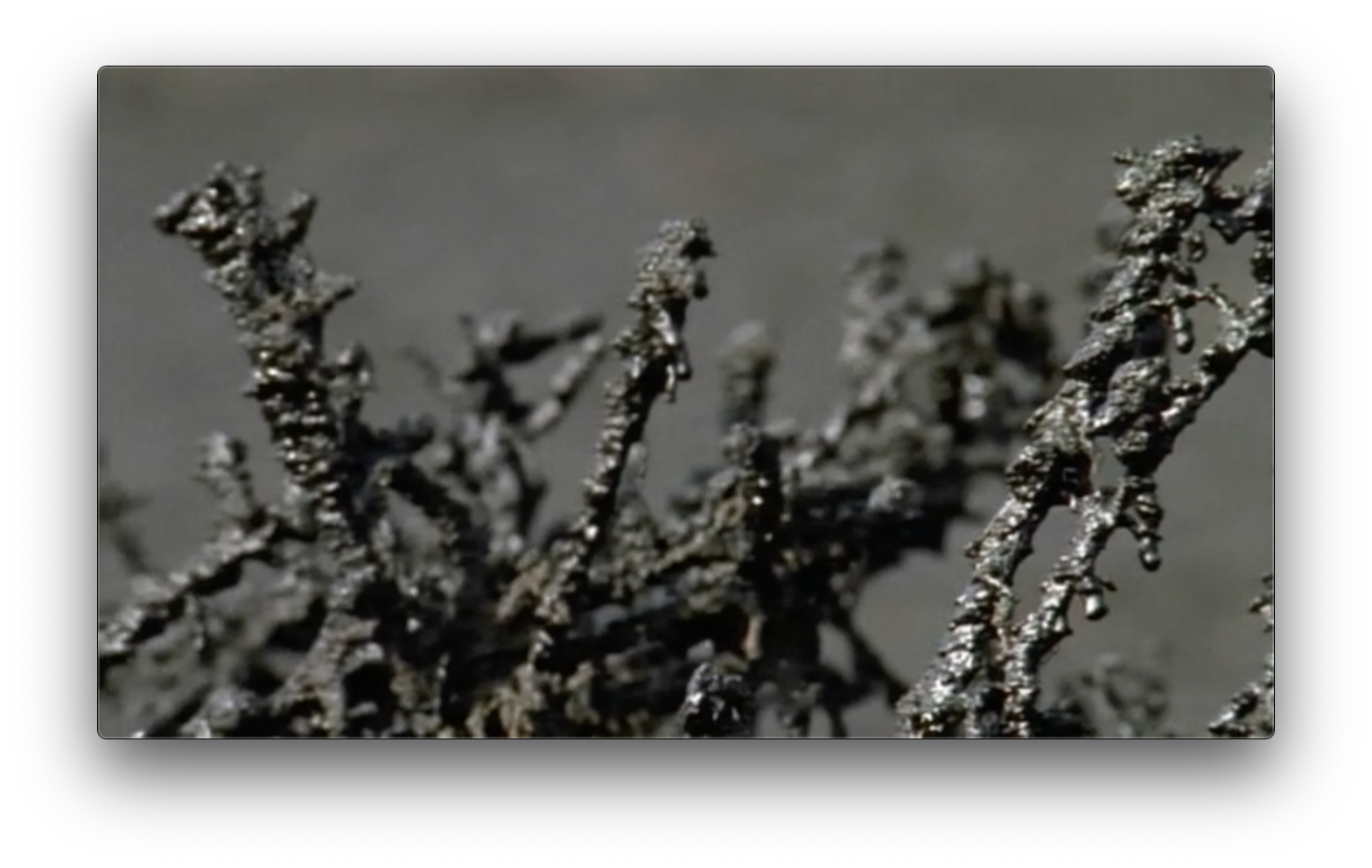 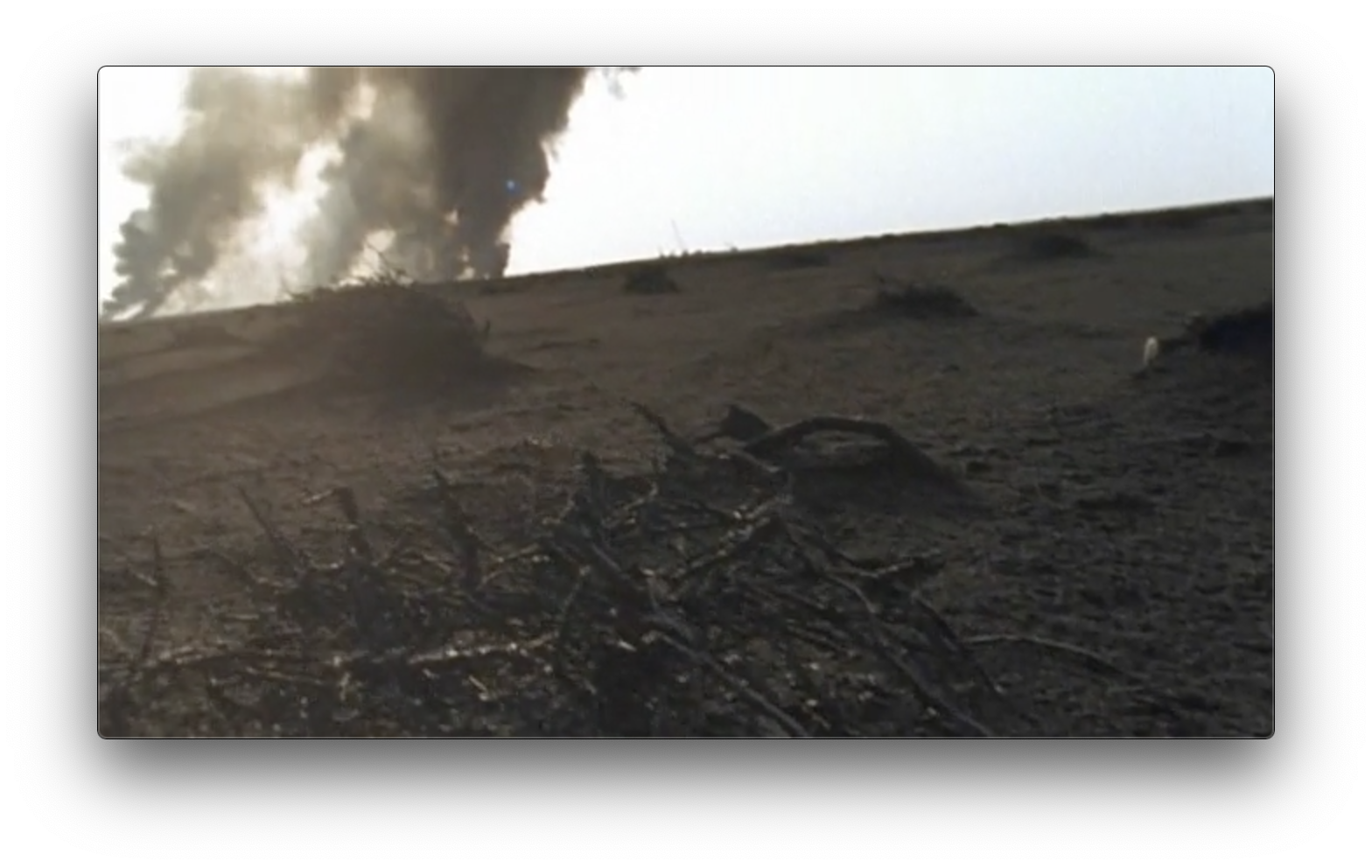 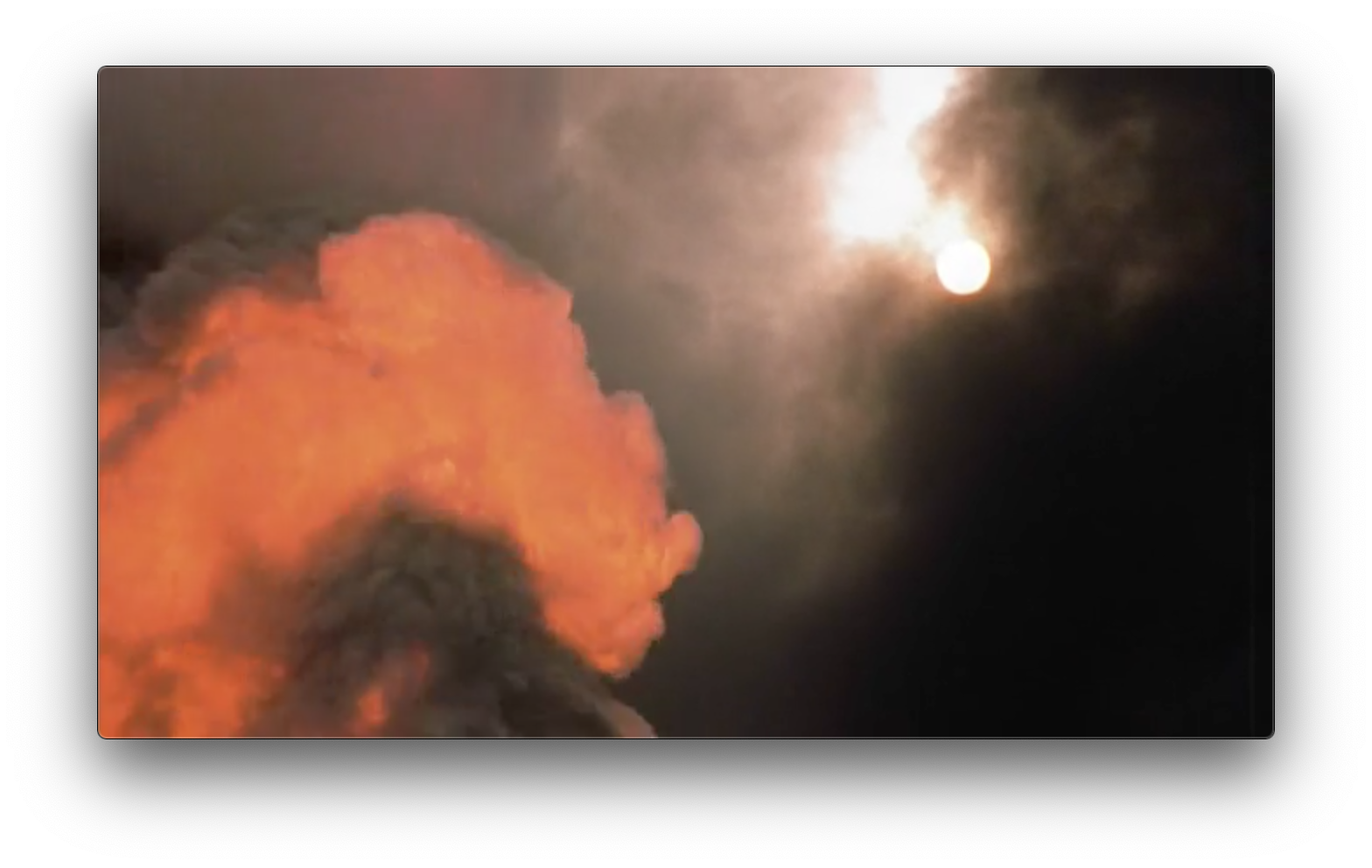 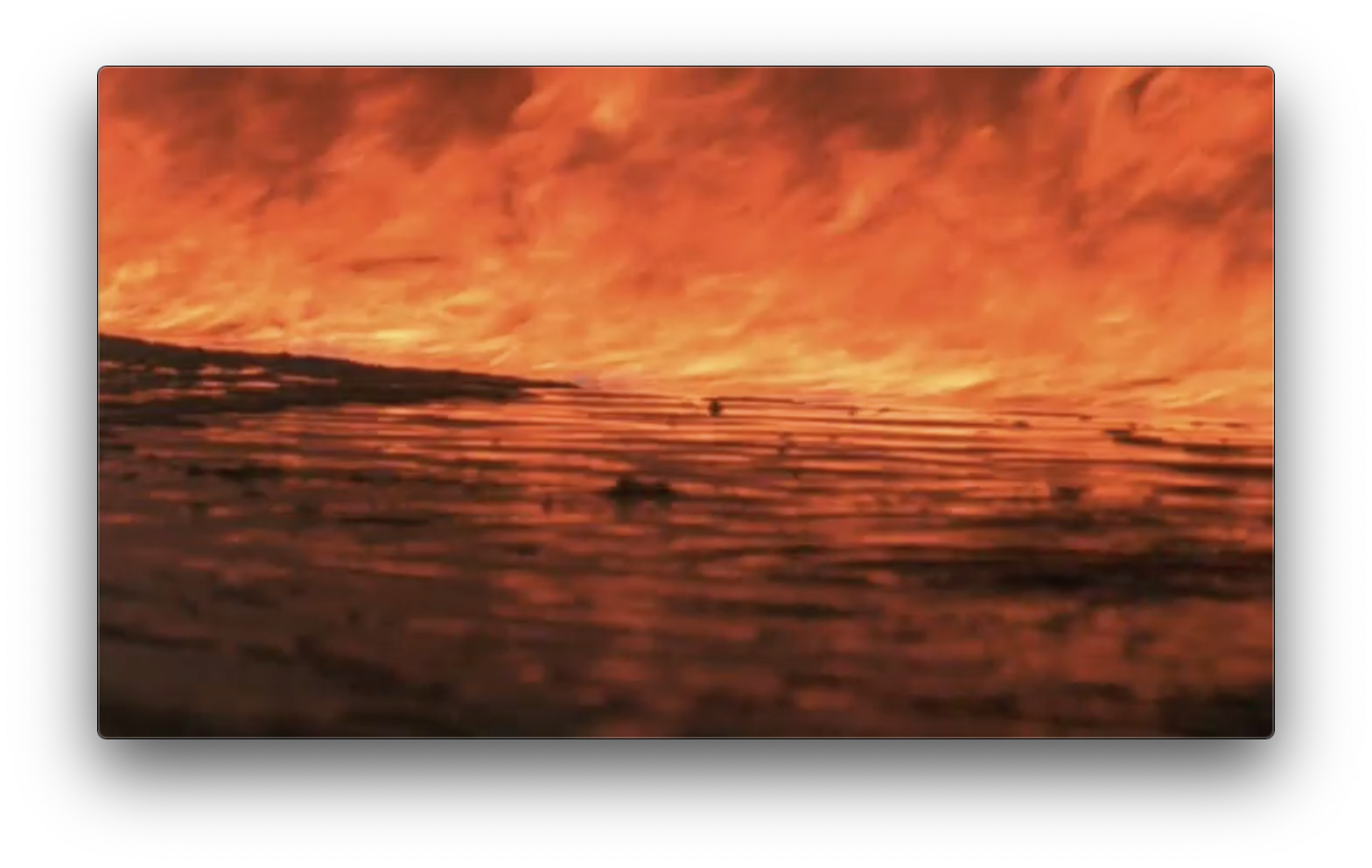 The Distant Future of the Here and Now

“An old thing becomes new if you detach it from what usually surrounds it.” -Robert Bresson